The Philadelphia Eagles are coming off a tough 24-27 loss to the Detroit Lions at home. Last time they were on the road, things didn’t look good for them as they let Matt Ryan and his suspect running game dominate them through the air. And now they will be facing the bad man that he is- Aaron Rodgers.

The Green Bay Packers, on the other side, are unbeaten and the most points they allowed were 16 in both week 2 and week 3. If they allow 16 on Thursday night, they will certainly get the W. It is no longer needed for the QB Aaron Rodgers to score over 30 to win games. He needed just 17 in both of these weeks to secure the victories.

Philadelphia’s defense is loaded but it is not playing up to its standards and the team is losing because of this.

I expect Rodgers to have a huge game. It will be similar to the one against the Falcons from the Eagles’ point of view. But this time they will also have to stop the run because the other Aaron who happens to be a QB for the Packers is having a tremendous season. Maybe I have fallen on the Packers’ bandwagon but at the moment they look unbeatable and I can’t bet against them. 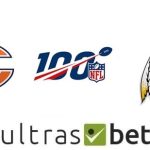 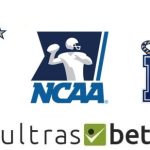