In Monday Night Football Week 3, we will see Chicago Bears at Washington Redskins.

The Chicago Bears managed to escape from Denver with a narrow 16-14 win. Mitch Trubisky played a lot better than he played against Aaron Rodgers and the Packers and his team benefited from it. He was not solid in the red zone as he failed to throw a touchdown but he moved the chains very well. The running game doesn’t help him much with David Montgomery being the leading rusher of the team with 80 yards.

The Washington Redskins are still winless after suffering a home loss to Dallas last time out. Case Keenum has thrown for 601 yards and 5 touchdowns but the running game is also missing here. Adrian Peterson is the leading rusher with just 25 yards. The defense plays many snaps and it barely lasts on the field successfully. As a team, Washington averages 24 points per game offensively and it allows 31.5 on defense.

I believe that Washington is better than 0-2 and certainly better than the 0-3 they will become after week 3. The Chicago Bears will force many turnovers and Case Keenum will be in trouble. I don’t trust an offense that can’t run the football against the Bears’ defense and that is why I think that Chicago will go to Washington and get the easy win. 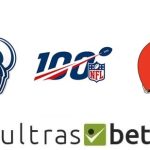 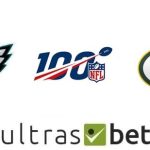