In NFL Divisional Playoffs, we will see Tennessee Titans at Baltimore Ravens.

The Tennessee Titans surprised everybody by beating the Patriots in Foxborough in the wild card round. Tom Brady could not even throw a touchdown pass and finished the game with 209 passing yards and a interception. The Titans benefited from their rushing attack that saw Derrick Henry go for 182 yards on 34 carries and Ryan Tannehill was only asked to throw the ball 15 times- completing 8 of those 15 times for 72 yards, 1 touchdown and 1 interception.

The Baltimore Ravens are ranked first in every NFL power rankings you may see out there. Lamar Jackson will most probably win the MVP award this year and he’s had a sensational year, completing 66% of his throws for 3127 yards, 36 touchdowns, 6 interceptions while also rushing for 1206 yards on 176 carries for 7 touchdowns. The team is ranked 1st in scoring with 33 points per game while also allowing one of the fewest points per game in the entire NFL- 17.6.

The Titans had a great game against the Patriots mostly because they did not trail and they were controlling the clock with Derrick Henry. I doubt that the same can happen in Baltimore as well where the defense is very good and the offense is certainly a lot better. I expect them to be competitive only in the first quarter. After that, I do not see them scoring as many points as the Ravens can. 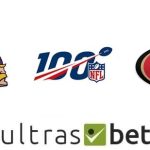 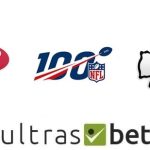