In NFL Divisional Playoffs, we will see Minnesota Vikings at San Francisco 49ers.

The Minnesota Vikings caused an upset last week beating the Saints. They were also a part of a big controversial call which could’ve helped New Orleans gain the victory. The fact that they beat the Saints in New Orleans, where they are nearly unbeatable, is fascinating. Dalvin Cook was great in his return while Adam Thielen provided the needed outside threat, so Kirk Cousins can finish the game with 242 passing yards and a touchdown.

The San Fransisco 49ers are starting the postseason as the 1st seed in the NFC. They had a 13-3 record in the regular season with losses only to the Seahawks, the Ravens and the Falcons. The team is second in points scored with 29.9 per game and allowing just 19.4 points per game. The defense is young, athletic and physical with many playmakers on that side of the ball. The 49ers are also very good, rushing the football with Matt Breida, Raheem Mostert and Tevin Coleman having fantastic seasons. Jimmy G had a respectable full season with 3978 yards, 27 touchdowns and 13 interceptions.

I like the 49ers to go to the Super Bowl but what I saw last week was special. Dalvin Cook returned with a great game. He will certainly tire down the whole San Fransisco‘s front seven because I do not expect Cousins to make many throws. Seahawks and Ravens did the same and they won. The Vikings also have the more experienced players and a QB that knows how to secure playoff victories. 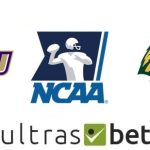 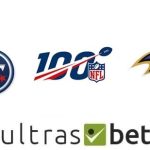