In NCAA Football Week 8, we will see UNLV at Fresno State.

UNLV is 2-4 this season and the defense is just embarrassing. The team is allowing 32.8 points per game while scoring just 25.2 points. The team has a quarterback issue as they rotate Kenyon Oblad and Armani Rogers multiple times throughout the games, in order to find a better passing game. The Rebels rely on the running game with Charles Williams rushing for 598 yards for 7 touchdowns and he will be their key guy in this game.

The Fresno State Bulldogs are 2-3 on the season and their defense is not much better. They are allowing 29.8 points per game but at least their offense is decent, averaging 29.2 points per game. QB Jorge Reina is completing 64.2% of his throws for 9 touchdowns and 4 interceptions. The team rarely runs the ball and they even used their WR Jalen Cropper in trick plays. He is their second-leading rusher with 161 yards on the ground for 1 touchdown.

The Bulldogs clearly have the better players but they are unable to make any stops on the ground. I expect the Rebels to exploit this throughout the game and cover the big spread. 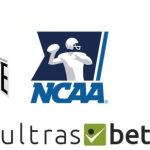 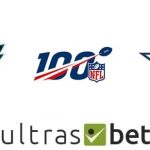