In NCAA Football Week 8, we will see Ohio State at Northwestern.

The Ohio State Buckeyes are 6-0 and they are currently ranked 4th. We thought that they will have a serious test against Michigan State last week but they passed with an excellent mark, beating them 34-10. QB Justin Fields faced a great defense but he still managed to score 34 points after throwing for 206 yards, 2 touchdowns, and 1 interception. RB J.K. Dobbins had 24 carries for big yardage- 172 yards and 1 touchdown.

Northwestern entered the year with big hopes but the Wildcats are now 1-4 throughout their first 5 games. The offense has scored more than 15 points only once and this was against UNLV when they beat them 30-14 in week 2. They are as good as their running game is. RB Drake Anderson has rushed for 366 yards so far for 3 touchdowns.

The team has a better defense than Michigan State but I doubt that they will be able to score much in this game. However, I also believe that Ohio State won’t score enough to cover the spread. This has already happened this year when the Wisconsin Badgers, the number 8th ranked offense scored just 24 points and conceded 15 against Northwestern at home. 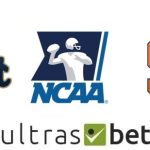 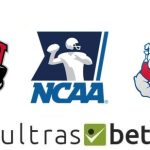