UConn will play against Fresno State on Saturday at Bulldog Stadium, Fresno, CA.

UConn are rested- this is what we know about them. They opted out of the 2020 season and will be reinvigorated for the 2021 season. UConn will continue to rely on RB Kevin Mensah and the ground game is expected to be great. They should have just enough to move the chains but the defense is again below average and the QB personnel is awful.

We have arrived safely in Fresno and it was great to get the trip started with a ride from our exclusive motorcoach partner, DATTCO! pic.twitter.com/vPfEuDaH5q

Fresno State are returning a lot of starters from last year. The defense was great, even though it suffered against the run. According to their head coach, they practiced a lot to improve in that area this off-season and we will see what they have done in week 1. The offense was just amazing and Jake Hiener might have a breakthrough season after what we saw from him in the closing games in 2020.

Everything has led to this.

This will be year two for Fresno State‘s head coach Kalen DeBoer and he will definitely improve the problematic areas of his team‘s performances. QB Hiener should not have any problems against the devastating UConn defense. Easy W for Fresno State. 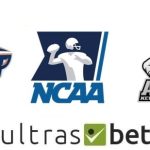