Southern Utah had a spring session where they went 1-5. Most of their losses were narrow but the opposition there was not elite. The Thunderbirds proved once again that their offensive line is good and it can protect the quarterback. The pass rush is extraordinary but that is basically everything they do well on defense. Their corners and safeties are below average while their offense is not really explosive and does not score a ton of points.

Which UNI combo are we wearing SATURDAY??

San Jose State are returning a lot of defensive stars from last year and we expect them to be even better in 2021. The Spartans‘ secondary is one of the best in their division and that should be enough to keep the Thunderbirds away from the red zone. San Jose State‘s offense is very balanced and does not rush anything. They take their time and score points patiently.

Southern Utah might start the game well because we‘ve seen that San Jose State usually struggles early in the games. I expect to turn the game around sooner rather than later and cover the big spread as they are more capable of scoring points. 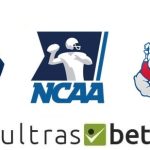