UTEP will play against New Mexico State on Saturday at Aggie Memorial Stadium.

UTEP is a balanced team both on offense and defense. They have a strong running back who can pound the ball and control the clock when needed. The passing game is also good enough to move the chains when necessary. Do not expect any flashy passes or sensational plays from this offense. UTEP is very methodical and their patience pays them off.

We interrupt your game week prep to bring you the dogs of UTEP Football on #NationalDogDay 🐶😍#PicksUp ⛏️ pic.twitter.com/rdt7jzBAPz

New Mexico State is a disaster on defense. The last time they played it was against FCS teams and they were allowing 5 yards per carry. The Aggies tried to improve their QB situation by transferring Jonah Johnson in. The offensive line should also be good enough to protect the QB and create space for the RB. So, we can expect to see some points from this team but the defense will hold them back.

It's #NationalDogDay and Striking the Wonder Dog wants to celebrate all of our NMSU pets! Share a picture of your pet in their best Aggie gear using #NMSUPets and you will be entered for a chance to win an Aggie bandana! 🐶🦊🐱🐮 pic.twitter.com/4gPsNyz4Iz

UTEP is clearly the better side with more experience, more offensive weapons, and better coaches. New Mexico are doing their best of improving their current situation but I see more of the same in 2021. As we said above, UTEP is not going to get a lead early and dominate but the team will control the game and get the best of their players. 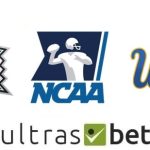