In the XFL, we will see Tampa Bay Vipers at Seattle Dragons.

Both the Vipers and the Dragons conceded losses in week 1. Tampa Bay had an awful aouting against the New York Guardians in week 1. The team looks a few weeks away on both sides of the ball. They need to practice a bit more, in order to get in shape. The defense looked awful and the offense could not get anything going. QB Aaron Murray finished with just 47% of completed throws for 231 yards, 0 touchdowns and 2 interceptions. RB De’Veon Smith was the only guy on offense who knew what he was doing and he finished the game with 79 yards on 16 carries.

The Seattle Dragons had a much better game in week 1 against the defenders but they lost the game in the end. The team had a very impressive first half, following a lead at half-time. The team was absolutely dominant on offense and before the season started, we all thought the Defenders’ defense was one of the better units in the XFL. QB Brandon Silvers finished the game with 53% of completed passes for 217 yards, 3 touchdowns and 2 interceptions. RBs Kenneth Farrow and Ja’Quan Garnder combined for 77 rushing yards on 16 carries.

Many people, including myself, believe that Seattle can put another performance like last week’s one. If they can be as good on offense as they were in week 1, I do not see how the Vipers can surprise them. 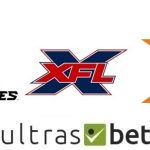