In the XFL, we will see Dallas Renegades at Los Angeles Wildcats.

The Dallas Renegades were actually the only team to lose their home game in week 1. A few notes from this game: It seems that Dallas is not able to throw over the top. QB Phillip Nelson completed 33 out of 42 throws but they were all very short. He finished the game with just 209 passing yards which makes it 6 yards per completion. Most of the time he was pressured to throw the ball quickly because the opponents’ defensive players got after him. The play calls were awful and he also had to run for his life on a few occasions. RB Lance Dunbar had just 5 carries for 27 yards but this was because the Renegades were trailing for the whole game.

As for the Los Angeles Wildcats, what can we see about a team that fired its defensive coordinator after just one game? Pepper Johnson was dismissed as a DC after the Wildcats gave up 19 straight points to the Houston Roughnecks. QB Josh Johnson is finally expected to start after a preseason injury and the fans will be eager to see him in action. In week 1, Chad Kanoff started for the Wildcats and he completed 53% of his throws for 214 yards, 1 touchdown and 1 interception. The defense is suspect and this is what can cause them trouble.

Landry Jones is expected to start for the Renegades now. He is an NFL caliber QB and if he starts, I do not see the Wildcats taking anything out of this game, at least not with the defense they have. It is a big ‘if’ for now but we have confirmation from the coaching staff that he will make his debut. 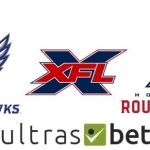