In the XFL, we will see Tampa Bay Vipers at New York Guardians.

The Tampa Bay Vipers will probably rely on Aaron Murray to get the job done on offense. He will also have a good supporting cast being led by Antonio Callaway. Callaway was drafted in the 4th round of the 2018 NFL Draft by the Cleveland Cavaliers. He had 51 receptions for 675 yards while being a part of the Browns’ organization. He was always being chased by controversy in his career and he missed more than half of the 2019 season due to suspensions. Back to Murray, he played in the AAF for the Atlanta Legends a year ago. If you remember as well as I do, Atlanta was the worst team in the whole league and they could not move anything on offense. And you know what, he was a backup to Matt Simms who was awful and he could not get the job done.

The New York Guardians traded for a QB because they were in desperate need for one. Luis Perez, who was brought from the Dragons, is a QB that went undrafted in 2018 and he will start for them now. He had many trials and he was on many practice squads but he couldn’t get the job anywhere. He spent most of his career in organizations like the XFL and he lastly played for the Birmingham Irons. He had a successful time there before the league was shut down.

I expect a home win here. Luis Perez is an interesting player and he had a good career in the AAF. I just do not trust Aaron Murray enough to give him the victory on the road. The MetLife stadium is expected to be full and I would give the Guardians the edge. 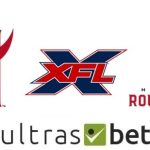 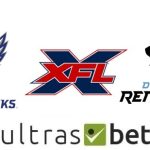