In the XFL, we will see Los Angeles Wildcats at Houston Roughnecks.

The Los Angeles Wildcats are to me one of the teams that do not have any special players. I’m sure I will be surprised when I see them in week 1 but at least on paper, they do not have any serious roster. A few weeks ago, they traded Luis Perez to New York and many believed that he will be their starting QB. Josh Johnson and Jalan McClendon will fight for the starting job but Johnson is with a status ‘uncertain’, so I believe McClendon will play. McClendon is an undrafted rookie who played in 23 total games in his collegiate career. A three-star prospect out of high school, McClendon was rostered with the North Carolina State Wolfpack for three years. There, he completed 26 of 47 passes for 262 yards, one touchdown, and four interceptions.

The Houston Roughnecks had two very special players at their disposal. One is Kony Ealy who was drafted in the second round in the 2014 NFL draft by the Panthers. He was a 4-star recruit for all of his career and he had some good outings in the football league. He is a guy that loves to get after the quarterback and he also likes violence. With this year’s XFL rules, I believe he will enjoy his time very much. He is athletic and I do not believe the XFL linemen will be able to contain him. The other key player would Connor Cook. He was drafted in the 4th round in the 2016 draft by the Raiders and he was a decent backup. I have big expectations for him and I hope he does not disappoint me.

Houston is by far the better side. I do not have any doubt that they will win it. They probably have the best quarterback and one of the most ferocious defensive ends. And I believe this XFL format favors the defensive ends. 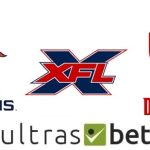 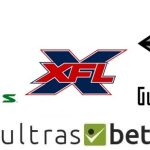