In NFL Preseason Week 1, we will see Tampa Bay Buccaneers at Pittsburgh Steelers.

Bruce Arians finally found a job after leaving the Arizona Cardinals and he is the new head coach of the Tampa Bay Buccaneers. The secondary was atrocious last year and Mike Edwards, Justin Evans and Jordan Whitehead will fight for a spot there. James Winston is shaky at best as a quarterback while the running back situation is not that much different. The receiving core looks good but the offensive line is suspect. In few words- too many question marks for the Bucs.

The Pittsburgh Steelers have one big question to answer in the preseason- who is going to be the second choice wide receiver. With the departure of Antonio Brown, this place is open for Ryan Switzer, James Washington, Eli Rogers and Donte Moncrief. JuJu Smith-Schuster will be Big Ben’s go-to guy and I do not think that this is bad at all. We saw what happened last year without Le’Veon Bell and I expect the same thing to happen this year with the absence of arguably the best receiver in the game.

The Buccaneers have a head coach that they need to adjust to and he is not sold on Winston, so Gabbert will get as many snaps as he can, so they can test his skills in the new offense. I expect the Steelers to open the preseason with a win since they are by far the better side. 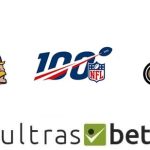