In NFL Preseason Week 1, we will see Los Angeles Chargers at Arizona Cardinals.

The Los Angeles Chargers will mostly play with their back-up team in this year’s preseason matches. Keenan Allen, Melvin Gordon, and Philip Rivers won’t take many snaps and I only expect them to play in the first drive. I still see value in their squad even without them. The defense is also expected to rest and Kyler Murray might be throwing balls against a backup secondary.

The above mentioned Kyler Murray will certainly start the game for the Arizona Cardinals. He is their franchise quarterback since the Cardinals released Josh Rosen and drafted Murray with the first overall pick of the NFL Draft. He will spend most of the time, throwing the football to Larry Fitzgerald – a veteran with experience. He will certainly be of big help for Kyler Murray in the first year.

The Los Angeles Chargers are clearly the better team and I expect them to prove it on Thursday in their preseason opener. Even though most of their key players won’t play in this particular game, they still have better pieces than the abysmal Cardinals who are in a multi-year rebuilding process. 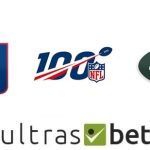 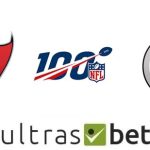