The Kansas City Chiefs had an easy route to the Super Bowl but all the credit goes to them for making it look easy. Firstly, they beat the Buffalo Bills 38-24 mainly by outscoring them as the Bills do not have an elite defense. Then, they handled the Cleveland Browns 22-17 in a game where they led 19-3 at half-time. The Chiefs were able to control the game by mixing run and pass plays all the way to the end.

The Tampa Bay Buccaneers had to play 3 games on the road before reaching Super Bowl which will be played in Florida. They did not face many difficulties with Washington in the wildcard round and also beat the Saints fairly easily in the divisional one. The Buccaneers’ defense was able to force some turnovers throughout the game in New Orleans which Brady and co. benefited from. The NFC Championship game was the real test for the Bucs and they passed it with flying colors. Even though Brady threw 3 interceptions, he was also the main reason why Tampa won the game. We should not forget about the defense, though, that totally neutralized the running game and made key stops through the air when needed.

We all know Tampa’s medicine this postseason- they neutralize the run game and deal only with the quarterback. This will put some pressure on the young Patrick Mahomes who will struggle like Aaron Rodgers did for some parts of the ball game. Brady is more experienced and will not fall under pressure and not to forget that he will play in front of his own fans. 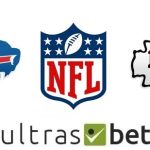 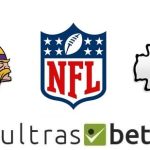