The Minnesota Vikings started off the preseason with 2 losses. Things would have looked better if they did not allow an average of 22.5 points per game while only scoring 8. Kirk Cousins attempted only 7 passes in the last game against the Colts. Even though he completed 5 of them, they were all for a combined gain of 23 yards. The backup QBs who played after him had a completion rate of under 50% and they could not get to a touchdown.

The Chiefs are on the opposite side of the table- they started the preseason with 2 wins and were dominant against sides like Arizona and San Francisco. Last time out, against the explosive and aggressive defense of the 49ers, Patrick Mahomes played in just two snaps. His backups, however, had great games, completing numerous passes for big gains, tearing the 49er’s defense apart.

The Chiefs look like the ultimate winners in this one. Their offense is great and the Vikings have trouble moving the chains even against weaker oppositions. The Chiefs‘ players have a lot to prove if they want to be a part of the roster and I expect them to get another W fairly easily. 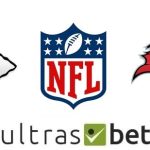 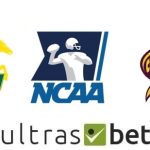