Just as we thought that the Los Angeles Rams have turned the corner with their win over Seattle… aaaaaaand they lost to the Cowboys by 23 points. No matter how much the experts try to convince us that Todd Gurley II is the same, he isn’t. He rushed for just 20 yards on 11 carries last week and let Jared Goff take all the shots. Goff finished the game with 51 passing attempts for 284 passing yards, 2 touchdowns and 1 interception.

The San Francisco 49ers are 11-3 but they are just coming off a very surprising loss to the Atlanta Falcons at home. Jimmy G was good against the weak Atlanta defense and he finished with 200 passing yards and a touchdown but he did not get any help from his defense which allowed Julio Jones to catch the football 13 times for 134 yards and 2 touchdowns. The defensive front actually played pretty good as they stopped the running game but the secondary lacked any concentration.

The San Francisco 49ers are a great team this year and they just got humiliated in front of their own crowd. A rebound is expected and whenever a great team gets dismantled, it usually comes back in style. Goff will again be asked to throw the ball 50 times because the 49ers‘ front 7 will stop any runs. 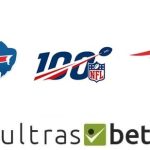