Pittsburgh Steelers will play against Cleveland Browns in week 17 on Sunday.

The Pittsburgh Steelers are 12-3 but the interesting thing is that they lost 3 of their last 4 games. They got a little bit of breathing room with their win over the Colts last week but there are still way too many questions about Pittsburgh. WR JuJu Smith-Schuster has not played well at all this season as he has just 766 receiving yards and 8 touchdowns, having in mind that he is the top target for Big Ben. QB Ben Roethlisberger is completing 65.6% of his passes for 3803 yards, 33 touchdowns, and 10 interceptions.

The Cleveland Browns are on the verge of making the playoffs this season with 10 wins and 5 losses this year. They have won 5 of their last 7 games with their only losses coming against the Ravens and the Jets during this period. The Browns changed their identity and are now more of a defensive-minded team that is pounding the football and not leaving all the work to QB Baker Mayfield.

Pittsburgh will definitely field out a much weaker side against the Browns who will limit them with their defensive capabilities. Cleveland also has the chance to get really explosive on offense, get an early lead, and smash the Steelers. 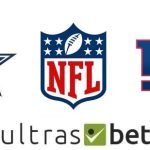