Dallas Cowboys will play against New York Giants in week 17 on Sunday.

The Dallas Cowboys have a chance to get into the postseason, even though they are 6-9. The whole year has been a nightmare for them as their whole offensive line was injured and at one point, both QBs got injured and they had to use third and fourth-string quarterbacks. The Cowboys are on a 3-game winning streak right now after they have defeated the Bengals, 49ers, and Eagles. QB Andy Dalton is playing very well while RB Ezekiel Elliott is giving him the needed boost from the backfield.

The New York Giants are 5-10 and with just imaginary chances for the playoffs. They were really in the hunt but lost their last 3 games against the Cardinals, Browns, and Ravens which really ate their head. During mid-season, they played some exceptional football on defense and even managed to get a win over the Seahawks which shows us that this team is really capable of competing at the highest level. The only thing that is holding them back is their offense.

The Cowboys are still in the mix while the Giants can qualify only if way too many things fall into their favor. It is still expected for the Giants to play without a key running back and it will be just QB Daniel Jones who should do all the tricks and gimmicks. I can’t see New York winning this one if Dallas shows just a bit of a glimpse on offense. 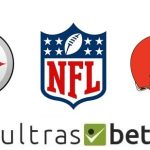