Pittsburgh Steelers will play against Cincinnati Bengals in week 15 on Monday Night Football.

The Pittsburgh Steelers were unbeaten just two weeks ago and now they look more fragile than ever. They lost to Washington and Buffalo consecutively and the myth of the great team is now revealed. Pittsburgh can’t rush the football and this is their biggest weakness. They average just 89.1 yards per game while the passing game and the defense as a whole are making it up. The defense is the best in the league averaging just 18.2 points per game.

Cincinnati is 2-10-1 and since they lost Joe Burrow for the season, they haven’t won a game. This makes it 5 games in a row that they haven’t been able to get to a victory. The team can barely get over 10 points on offense and the previous time they faced Pittsburgh, they lost 36-10. Their rushing game is non-existing as well as they are averaging just 3 more yards per game. The passing game has taken a step back since Burrow is out.

This looks like a total mismatch. The Steelers will be looking to bounce back after their abysmal performances against Buffalo and Washington and what a better chance than a game against a team that already forfeited the season and can’t score more than 10 even against bad defenses. 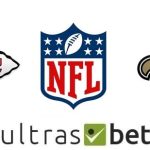 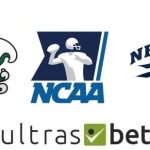