Tulane will play against Nevada at Famous Idaho Potato Bowl.

Tulane got to 6-5 after winning 4 of their last 5 games and qualified for a bowl game. The team rushes the football really well, averaging 218.9 yards per game and 35.4 points in total. They already have two players with over 600 rushing yards and QB Michael Pratt can also scramble when needed. The Green Wave have trouble when they have to overcome better offenses than theirs.

Nevada is 6-2 and their passing game is really explosive. The Wolf Pack are able to get yards at will and are ranked 9th in the country in passing yards per game. QB Carson Strong is completing nearly 70% of his passes for 2587 yards, 22 touchdowns, and 4 interceptions. His QBR is really impressive and he is the main reason this team is winning.

Even though on paper Nevada has a better record, Tulane has the weapons to beat them. The Green Wave have only lost games to offenses that are averaging around 40 points per game and Nevada clearly isn’t one. That’s why I expect Tulane to get the better of their opponents and come away with the victory. 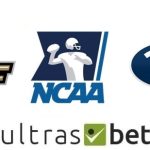