In NCAA Football Week 13, we will see Ohio at Bowling Green.

The Ohio Bobcats are 4-6 with two consecutive losses on their resume recently. Western Michigan just destroyed them last time out 37-34, even though QB Nathan Rourke had a solid game, completing 20 of 29 passes with 2 touchdowns. He was also the team’s leading rusher with 93 yards on 13 carries. The defense, however, has been a big issue this year, allowing nearly 30 points per game.

The Bowling Green Falcons, on the other side, are averaging just 20 points per game and giving up 35 defensively. They’ve had two scoreless games earlier this year and 4 with 10 or less points scored. The offense isn’t clicking at all not only against bigger schools but against small ones as well. The Falcons scored just 3 points against Miami Ohio and allowed 44 in a game where QB Grant Loy threw for just 90 yards and had 3 interceptions.

Ohio might be 4-6 but they will not have any problems beating the hell out of Bowling Green. The Falcons are not doing very well this season and their wins came against FCS or lower-ranked sides. 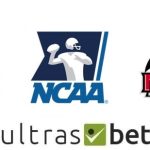