In NCAA Football Week 13, we will see Eastern Michigan at Northern Illinois.

The Eastern Michigan Eagles are .500 this season mainly because they lack talent on the defensive end of the ball. They are allowing 31.3 points per game and they rarely allow under 30 points. QB Mike Glass III is throwing for 2237 yards, 65% completion, 16 touchdowns, and 8 interceptions while RB Shaq Vann is helping him with 493 rushing yards on 104 carries.

The Northern Illinois Huskies are 4-6, mixing wins and losses throughout the whole season. They haven’t had any consistency at all. In their last game, they beat a tough Toledo team 31-28 on the road behind the great play of RB Tre Harbison who rushed for 158 yards and 1 touchdown on 32 carries. QB Ross Bowers helped with 193 passing yards and a single touchdown but the defense was awful against Eli Peters who finished with 300 passing yards and 3 touchdowns.

Northern Illinois are clearly better than Eastern Michigan, even though their records don’t suggest so. A team that can beat Toledo on the road is more than capable of covering a 4.5-point spread against a much weaker opponent at home. 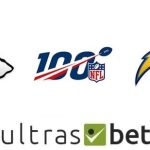 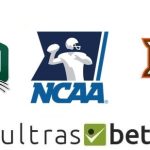