In a WILD Card Playoff from MLB, we will see Oakland Athletics v New York Yankees.

The Yankees and the A’s come into this ball game with totally different seasons. The Yankees started the season strong and they were favorites to win the whole thing until the second half of the seasons when they slowed down and they will appear in the Wild Card game. The Athletics, on the other side, started poorly but then they won 63 of their final 92 games.

The Yankees led the league in home runs with 267 this year while Oakland finished third with 227. Neither team has announced their starting pitcher yet, however, I believe that the Yankees will rely on Severino to do the job. He has been their best starter for the past few years, even though his recent performances weren’t very good, excluding his last 2 ones.

The Yankees have a good bullpen and they will use it at the first sign of trouble. With that being said, Severino won’t feel much pressure because if he doesn’t perform well, they can still get the job done. Wendelken is playing very well for Oakland at the moment and he had a September to remember with zero runs in eight scoreless innings.

I expect this to be a low-scoring narrow game and I do not think that we will witness any home runs.

Pick: Total Runs Under 8½: from 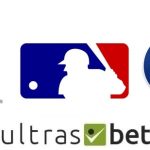 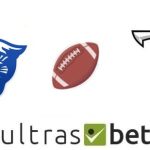