Northern Illinois will play against Ball State in Week 12 of NCAA Football on Wednesday.

The NIU Huskies did not show any good signs during the first two weeks of college football this season. They lost to Buffalo 49-30 and to CMU 40-10. The defense is the 4th worst in the country, allowing 44.5 points per game and it seems impossible for them to neutralize anything. Every play against them is for big yardage. On offense, the ground game is literally missing. Their rushing leader is with 92 yards for two games which makes it 46 yards per game.

Ball State got back to winning ways last week after defeating Eastern Michigan. I’m not at all impressed with their defense that is allowing 34.5 points per game. The offense, however, seems very good and especially, the running game. RB Caleb Huntley is leading the team with his 334 rushing yards for 5 touchdowns while QB Drew Pitt is completing 65.1% of his passes for 541 yards, 2 touchdowns, and 2 interceptions.

The NIU defense will definitely allow around 40 points. The Ball State defense, however, is also not that solid. So I expect this to be much more competitive than everybody thinks and NIU will score a bunch of points, especially during the first half of the game. 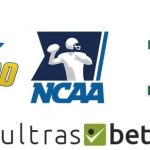