Toledo will play against Eastern Michigan in Week 12 of NCAA Football on Wednesday.

Toledo started the season strong with a big win over Bowling Green but then went on to lose by just 3 points to Western Michigan. It seems like they have lost focus in the 4th quarter and allowed the Broncos to come back and win it. If we exclude the 4th quarter, the Rockets played really well and kept WMU to just 21 points and a scoreless second quarter. QB Eli Peters continues to impress and he finished last game with 339 yards on 30 of 46 completed passes.

Eastern Michigan is 0-2 but they could have easily been 2-0. They started slowly against Kent State and had to trail from behind while against Ball State they allowed a 4th quarter comeback. The Eagles struggle a lot on offense and this is their big issue this season. They are only averaging 28 points per game with 245.5 passing yards and 144 rushing yards.

The Rockets usually win these games, so the history is on our side. Apart from the history, the current form and offensive play definitely tells us that Toledo is the better team. The question is whether they can cover the spread but I believe they will due to their QB play. 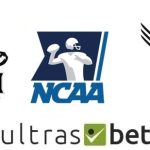 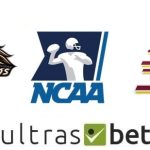