Middle Tennessee will play against Army in week 1.

I won’t talk much about Middle Tennessee, except that their last season was not very good. They managed to win just 4 games but the good news here is that they will return most of their key players. QB Asher O’Hara will start game 1, following a successful season with 2616 passing yards, 20 touchdowns, and 8 interceptions. The defense was giving up nearly 200 yards on the ground last year and this might be a problem against the Black Knights.

Army had a decent 2019 campaign where their offense was very solid. The rushing game was ranked third in the country, however, their leading rusher is now gone as well as the starting QB. The offensive line is also a bit changed, so I expect them to have some trouble running the ball early in the season. They will most probably commit a lot of penalties due to their unsynchronized offense. What I see as a plus for them would be the new QB Jabari Laws who is a threat on the ground as well but we are yet to see him how well he passes the football.

As much as I like Army and I think that they will only get better as the season progresses, I cannot see them winning this game. There are just too many personnel changes on their offensive side of the ball while O’Hara has a big arm and will punish them. 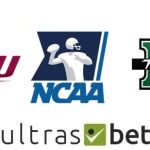 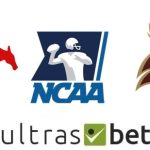