SMU will play against Texas State in week 1.

SMU is coming off a great offensive campaign where the team was ranked 13th in passing in the country. QB Shane Buechele finished the season with 3929 passing yards, 34 touchdowns, and 10 interceptions. He has a good arm and is able to throw over the top. With the help of his elite receivers, he will definitely tear the Texas State defense apart. The Mustangs are definitely a favorite after their successful 10-3 season, especially against such a small side.

The Texas State Bobcats have all sorts of trouble and the season has not even started yet. They recently named their starting QB- this would be Brady McBride who is a sophomore and has just a few plays on his resume. The Bobcats also can’t stop the pass and their defense is not one of the best in the league. Their pass rush is abysmal and they rarely get to the quarterback. This could prove to be a big disadvantage against a side that can pass the ball with ease.

The last time these two teams faced each other, it got ugly for the Bobcats. Not much has changed since then, except for the fact that almost a ‘redshirt’ QB will have to play for Texas State. I can’t see them being competitive in this one and they will allow at least 35 points. 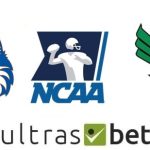