In NCAA Football Week 11, we will see Miami Ohio at Ohio.

Miami Ohio is having a decent season, losing 4 out of 8 games but two 2 of them were against ranked sides. The team is also on a 2-game winning streak with wins over Kent State and Northern Illinois. QB Brett Gabbert is completing just a bit over 50% of his throws for 1360 yards, 5 touchdowns, and 5 interceptions. RB Tyre Shelton has rushed for 315 yards so far but he has just a single touchdown.

On the other side, we have an Ohio team that is also .500. They haven’t played against any ranked sides but the offense there is much better. The Bobcats are averaging 30 points per game while allowing 29.5. They also have the better QB- Nathan Rourke. He is completing 60% of his throws for 1743 yards, 10 touchdowns, and 5 interceptions. He is also the leading rusher of the team with 100 yards more than the starting HB. 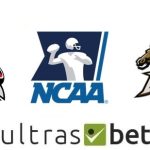 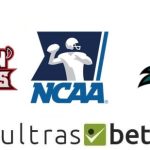