Louisiana Tech will play against BYU in week 5 of NCAA Football on Friday.

The Louisiana Tech Bulldogs are already 2-0 and left a lot of good impressions with their offense, even though they haven’t played much tougher oppositions. QB Luke Anthony is completing nearly 60% of his passes for 463 yards, 8 touchdowns, and 1 interception. He will have to step up his game a bit if he wishes his team is competitive against the 22nd ranked BYU. The defense is allowing 34 points per game which is a devastating statistic against the Cougars.

The Cougars, on the other side, have already shown everybody who runs the show during their first two games of the season. If beating Navy 55-3 was not good enough, they also beat Troy 48-7. QB Zach Wilson is just amazing, completing nearly 80% of his passes for 624 yards, 4 touchdowns, and 1 interception. The ground game is also outstanding as they already have two players with over 150 rushing yards and 4 touchdowns combined.

The Cougars have the attitude to take the game to Louisiana Tech. I doubt they will have any trouble, winning the game in a dominant fashion. The offense is just too good to be stopped and their defense is also respectable. 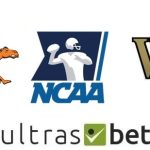 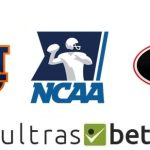