Campbell will play against Wake Forest in week 5 of NCAA Football on Friday.

The Campbell Fighting Camels started the season with 3 straight losses. The defense is just awful and it can’t stop anything, both on the ground and through the air. The offense is averaging a bit over 20 points per game but that is not nearly enough. The quarterback play has also been questionable. Hajj-Malik Williams is completing 50% of his throws for 475 yards, 2 touchdowns, and 1 interception.

Wake Forest is also winless- they are 0-2 after their first two games. They had the bad luck to play against Clemson in week 1 where they lost 37-13. Then, they nearly won the game against NC State but fell short in the end. QB Sam Hartman played really well, completing over 60% of his throws for 236 yards, 1 touchdown, and 0 picks. RB Kenneth Walker III had a solid game as he was very efficient on the ground with his 131 yards and 3 touchdowns on 27 carries.

Wake Forest needs this win badly. They are by far the better team and the offense will prevail here, even though they will allow a bunch of points. 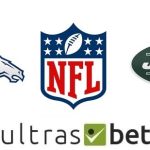 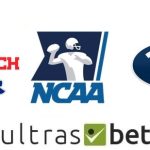