In the XFL, we will see Los Angeles Wildcats at New York Guardians.

The LA Wildcats performed at a very high-level last week. Tre McBride played in his first game and he certainly impressed. The offense looks a lot different with him as a wide receiver who is able to catch tons of difficult passes. The whole LA offense is starting to play much better and the DC Defenders understood that last week. Josh Johnson continues is now the only player without an interception in the league with 5 touchdown passes and 474 passing yards. The rushing game is missing due to the fact that the Wildcats do not have many good rushers.

On the other side, the New York Guardians have suffered a lot. They scored just 9 points in the past 2 games they played and of course, these were all losses. They took pride in week 1, showing a great defense but that is no longer the case and they rarely stop anybody. On offense, the passing game is totally off the hook. The Guardians can’t find any open receivers due to their bad play calls and bad throwing mechanics. Matt McGloin is throwing for 299 yards, 1 touchdown, and 3 interceptions so far while his backup Marquise Williams is not doing much better with his 48% passing completion and 0 touchdowns.

This is certainly a game that I can’t envision New York taking. Their offense will not be able to catch up with LA’s one and this will be a problem. Trust Johnson to get another easy win in week 4. 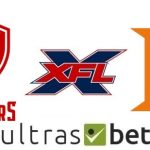 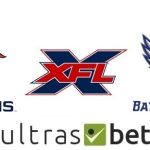