The San Francisco Giants had a terrible season last year and they will be giving their best to forget it. They did not win a lot of games and their roster lack any star power. Probably their biggest miss is catcher Buster Posey who will miss the whole season. Johnny Cueto is expected to start for the Giants on Thursday and he also had a season he wishes he could forget. He was 1-2 with a 5.06 ERA and 13 strikeouts. The Giants were better in the later innings of their games but we are going to see if that will be enough against Clayton Kershaw.

Speaking of whom, he finished last season with unbelievable stats once again- 16-5 with a 3.03 ERA and 189 strikeouts. He will definitely put some pressure on the aging San Fransisco roster and will do his jobs in the first innings. The Dodgers are a well-run organization that is not missing the postseason and are always in the title race. This year is not an exception and I expect them to win their division again.

Kershaw is definitely the better pitcher and he’s played extremely well against the Giants in the past- winning 23 of his 35 games against them, and he’s played against much better Giants sides. Cueto will have a lot of difficulties to pitch against this particular Dodgers’ side who is dominant on both sides of the ball. 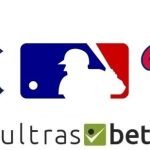 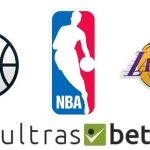