In the XFL, we will see Dallas Renegades at Seattle Dragons.

The Dallas Renegades finally got their first victory after beating Los Angeles in week 2. The absence of Landry Jones in week 1 resulted in a loss. However, with his return, Dallas’ offense looked very different in week 2. They combined for 444 total yards compared to the 267 in week 1. Jones looks exactly like the NFL QB we thought he would look and the Renegades play with so much confidence on offense. In addition to the QB, RB Cameron Artis-Payne has rushed for 105 yards and 2 touchdowns on 16 carries.

On the other side, we will have probably the most reliable offenses in the entire league. Seattle plays an old-school ball at times and they prefer to rush the ball more. That is why the team is averaging over 100 yards on the ground per game and that is how they controlled the clock in the first two weeks. The passing game, however, is not as nearly as good as the Renegades’ one. QB Brandon Silvers is completing just 48% of his throws for 308 yards, 4 touchdowns, and 3 interceptions. The defense showed glimpses of talent but it will be interesting to see it against Jones and these boys from Dallas.

Seattle may not have won the game against Tampa Bay if it was not for the great pass Silvers threw to Reynolds. They will again try to control the clock but I can easily see them playing from behind against Landry Jones and I do not believe they have what it takes to surprise the Renegades. 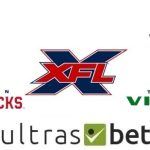 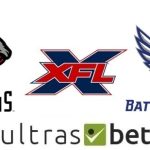