In NCAA Football Redbox Bowl, we will see California at Illinois.

The Illinois Fighting Illini sneaked to the playoffs with their 6-6 record. Last two weeks, they suffered two defeats, scoring just 10 points in each of them. The Illini clearly have a problem with the offense against decent squads. QB Brandon Peters is completing only 54% of his throws for 1611 yards, 17 touchdowns, and 7 interceptions while RB Reggie Corbin is not as explosive as we expect him to be. He has rushed for 634 yards so far with 6 touchdowns.

Cal, on the other side, started the season with 4 straight wins, including one over ranked Washington. Then, a 4-game losing streak put them out of the top 25 rankings of the NCAA. In recent weeks, the team got back to its good form with two consecutive victories over Stanford and UCLA. QB Chase Garbers is completing nearly 60% of his throws for 1500 yards, 10 touchdowns, and 3 interceptions while RB Christopher Brown Jr. is doing his best on the ground and he has 794 rushing yards and 8 touchdowns.

This game will be played in the state of California and the Golden Bears will have a huge home-field advantage. Plus, they have better athletes and they are in better form. 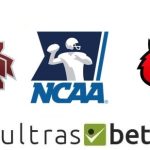 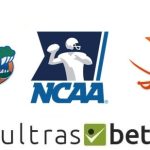