The Cleveland Browns finally won a game against a solid opposition such as the Baltimore Ravens. The defense showed that it watched lots of Lamar Jackson’s tape and the player were prepared for him. Baker Mayfield completed 67% of his throws for 342 yards, 1 touchdown and 1 interception. Nick Chubb, however, stole the show from him, rushing for 165 yards on 20 carries for 3 touchdowns. Jarvis Landry also had a great game with 8 receptions for 167 yards.

The San Francisco 49ers are coming off a bye week and Kyle Shanahan’s teams are always playing better off a bye. I’m sure that they have studied the Browns’ defense and they have the advantage to play on the West Coast. The Browns will be the toughest opposition they have faced throughout the year and it will be a test for a team that is still unbeaten. Jimmy G is very inconsistent with 739 passing yards, 5 touchdowns and 4 interceptions so far.

Facing Kyle Shanahan off a bye will be tough. I expect him to be fully prepared for the Browns and the 49ers’ offense should look much better in week 5. I also believe that the Browns will manage to score many points and there is a high chance of the game being an over. 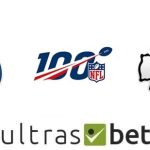 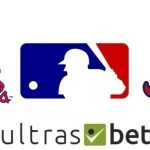