BitcoinRush.io first appeared in 2013 (when it was known as CasinoBitco.in), and is today one of the top-rated all-in-one casino/sportsbooks on the net for bitcoin gaming.

BitcoinRush first appeared in 2013 (when it was known as CasinoBitco.in), and is today one of the top-rated all-in-one casinos/sportsbooks on the net for bitcoin gaming. They are widely known for their ability to offer both bitcoin casino gaming and sports betting, as well as a dose of live bets for those players who fancy getting on board with that. Owned by Havelock Investments, based out of Panama, this bitcoin casino was the first bitcoin gambling domain to feature the “Provably Fair” tagline and certificate (if you will) that most major and respectable bitcoin casinos carry.

US players are welcomed at the Bitcoin domain, which is registered out of Panama. There is no official gambling license afforded to this site, but very few bitcoin casinos have or require them. The gameplay is available in instant play format, and in English, although the only currency accepted at the site is bitcoin, not Dogecoins, litecoins or other cryptocurrencies.

There isn’t actually a welcome bonus available at BitcoinRush. That doesn’t mean that the casino is devoid of promotions, though. In fact, their Player Comps (a part of the Bitcoin Rush VIP Comp Program) has recently been relaunched, and it is rather dashing.

The loyalty bonus program is based on four tiers, and all newbies automatically enter the Red Tier upon sign-up. White Tier membership is achieved when players win 20 mBTC, whereas the Black Tier membership is yours when you reach 250mBTC. Players who acquire 1000 mBTC will automatically enter the Gold Tier, the highest level of VIP gameplay available at BitcoinRush.io.

Players can earn daily mBTC comps when they deposit and play games. These range from 0.05% up to 0.53% for Red Tier players based on the games they play, up to 0.09% to 4.17% for Gold Tier members, again based on the games they play. Each Tier brings about its own multiplier rewards, with Red, White, Black and Gold members pocketing multipliers of 1x, 1.5x, 2x and 2.5x. A faucet system can also be used to pocket free daily mBTC from the house.

You don’t have much choice but to use bitcoin if you wish to play over at BitcoinRush.io. They offer speedy enough deposit times (and free of charge deposits to boot) and withdrawal times are also speedy, even for a bitcoin casino. There is generally a small slice taken off the top when players choose to deposit, but this commission is standard fare in all major bitcoin gambling sites when it comes to withdrawals. As mentioned, only bitcoins are accepted, not other cryptocurrencies. This is an area where BitcoinRush could arguably improve.

There is no a particularly large selection of games for you to enjoy at BitcoinRush.

Blackjack, roulette, baccarat, video poker and hi-lo games can be played, or you can pop into the sportsbook section for a bet on any number of sporting markets. The most popular sports betting markets include NFL, college football, soccer, NBA, NHL, college basketball, tennis, basketball, MMA, boxing, cricket, and rugby. Live NFL and tennis bets can also be placed, as well as half-a-dozen others.

Despite the lack of gaming choices (the software is proprietary after all), BitcoinRush seems to do rather well for itself, with most players with the offerings as they appear.

Customer support is arguably the chink in BitcoinRush’s armor. E-mail support is available on a 24/7 basis, and the service team tries to respond within 24 hours, but seldom do. It often takes a lot longer to get a reply. Worst still, there is no toll-free telephone support or live chat option at this site. Most casinos (even really poor ones) offer the latter, so this may be a deal-breaker for many players. 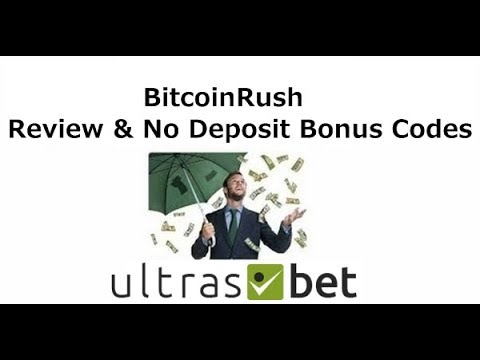 BitcoinRush.io is a major success in the world of bitcoin gaming. On the face of it, this sounds very much like the kind of place you may wish to play your favorite bitcoin games. Keep in mind, though, that the customer support options at BitcoinRush are poor, and the selection of games is nothing short of woeful. However, if original games that can be found nowhere else is your forte, and you understand bitcoin gaming down to the tee, you may not necessarily be irked by those two negative aspects of the site. Sure, there is no welcome bonus up for grabs, but the progressive faucet system of rewards is just as good as dishing out the rewards, and without pesky wagering requirements to boot.