In NCAA Football Week 14, we will see Western Michigan at Northern Illinois.

The Western Michigan Broncos are on a 3-game winning streak with a 7-4 record. The offense is prolific, averaging 36 points per game which is good for 70th in the country and allowing 27 points on the other side of the ball. QB Jon Wassink had an inconsistent start of the season but he has been terrific since week 8. He has thrown for 2719 yards, 19 touchdowns, and 7 interceptions this season while RB LeVante Bellamy is the real star of the team with 1284 rushing yards and 21 touchdowns.

On the other side, we have the Northern Illinois Huskies who are 4-7. They split their last 6 games- 3 wins and 3 losses with a devastating defeat to Eastern Michigan, 45-17. The defense was awful, allowing Mike Glass III to complete 20 out of his 24 throwing attempts for 235 yards and 3 touchdowns. RB Shaq Vann also helped with 101 yards on the ground and a touchdown.

The Western Michigan Broncos will not have any problems putting points on the board but the defense needs to be at its best. Their young defensive linemen will be more than fired up to showcase their skills and finish the season with a win. 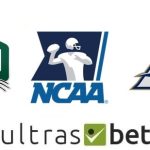 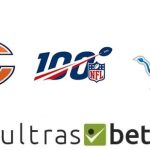