West Ham face Manchester United at London Stadium in a game from the 7th game week in Premier League.

West Ham starts the seventh round in the Premier League from 17th place in the standings. The Hammers have only four points in their assets, but there is a significant improvement in their shape. West Ham made 0:0 against Chelsea in the last round and beat Everton 3:1 a week before. West Ham losing their first four games in the Premier League, but now the team look to continue their resurgence.

They have won against Macclesfield Town 8-0 in the Carabao Cup and gained yet more confidence before the clash against Manchester United. Andy Carroll and Jack Wilshere will miss the upcoming game, while Marko Arnautovic and Javier Hernandez may be on the bench.

Manchester United lost after a penalty shootout against Derby in the Carabao Cup. Jose Mourinho’s side did not perform well in the second consecutive game. The Red Devils made the 1-1 draw at home to Wolves last weekend. It will be interesting to see if guests can be picked up for this game at London Steam, but they will have very tough minutes against this rival after last weekend West Ham made 0-0 against Chelsea.

Manchester United have won three in their last six games against The Hammers. However, in my opinion, The Red Devils will not win this visit to London. 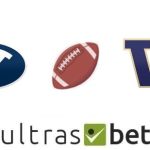 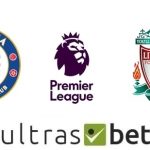