Chelsea host Liverpool in the most interesting match of the game Week 7 of the Premier League.

Chelsea defeated Liverpool 2-1 on Wednesday in the Carabao Cup, eliminating its opponent in the third round of the tournament. Is this a heavy psychological blow to The Reds before the derby in the Premier League, or will Jürgen Klopp’s side will take a sweet revenge for Anfield’s defeat three days ago?

Chelsea failed to win in their last match in Premier League after ended 0:0 against West Ham United last Sunday. In his last home game in the Premier League, Chelsea beat Cardiff City with a convincing 4:1. In their last three games in all tournaments, Maurizio Sarri’steam were guests and achieved two wins and one draw. Chelsea is in pretty good shape and the Italian manager Sarri is quick to adapt to football in England, so The Blues can now claim for the title if they win against Liverpool.

The guests from Anfield were in a series of seven consecutive wins in all the tournaments, but they lost against Chelsea on Wednesday night. Now Liverpool enters a very heavy series of matches against Chelsea, Napoli and Manchester City within eight days. Jürgen Klopp has to make rotations in his lineup and he has given some chance to some players who are less likely to play in the fight against The Blues of the Carabao Cup. Liverpool beat Southampton 3-0 in its last home game in the championship, while in their last away match beat Tottenham Hotspur 2: 1.

In the upcoming match at Stamford Bridge, we will certainly see very good performances from both teams in the attack. With players like Mohamed Salah, Sadio Mane, Eden Hazard, Roberto Firmino, Willian on the pitch, we expect at least three goals to score in the game. 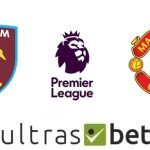 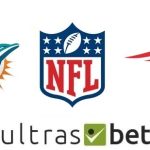