In NCAA Football Week 3, we will see Washington State Cougars at Houston Cougars.

The Washington State Cougars started the season with 2 wins and the offense continues to be at an elite level. The team managed to gain 594 yards on total offense and picked up 25 first downs. It was a fine display from the Cougars who dominated on both sides of the ball. The offense is fifth in the FBS with 58.5 points scored per game and the defense allows just 12 per game. Anthony Gordon has completed 60 of 74 passes for 884 yards with 9 touchdowns and 1 interception this season.

The Houston Cougars lost their first game of the season against the high-powered Oklahoma offense but then bounced back with a win over Prairie View A&M. Houston got off to a hot start against their last opponent- 34-3 at half time. The team averages 34 points per game while allowing 33 but this is mainly due to the fact that Jalen Hurts threw 5 touchdowns against them.

Washington State are by far the better team and they have a much better offense. They also know how to move the chains but I also think that the Houston Cougars are underestimated. They have a fine offense and the defense can make key stops when needed. They will also be playing at home and I believe that they will, at least cover the spread. 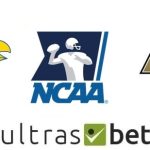 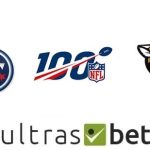