In Thursday Night Football Week 3, we will see Tennessee Titans at Jacksonville Jaguars.

Last time the Jaguars and the Titans met, it was ugly. The Titans won 30-9 at home but this time they will be on the road. They had interesting first 2 weeks of the season. After they managed to beat the overly hyped Browns’ team, then they lost their home game against the Colts who were playing with a backup QB in the face of Jacoby Brissett. The Titans’ offense did not play well enough throughout the whole game and also failed to convert in the clutch moments of the game.

The Jacksonville Jaguars could not start this season any worse. They lost Nick Foles in the first quarter of their opener against the Eagles. Since then, Gardner Minshew stepped up in his place and threw for 488 yards, 3 touchdowns and 1 interception. Leonard Fournette is solid but his opponent at the same position Derrick Henry is showing better games so far this season.

I believe that Minshew can get this offense going and the Jaguars’ defense is really underestimated. I totally understand why the Titans are the favorites to win this game but I am not sure how much they will be allowed to throw the football against this ferocious defense. I expect a low-scoring game which the Jaguars will win. 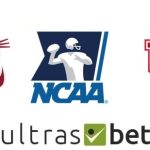 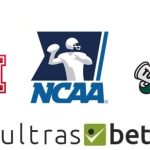