The Minnesota Vikings enter this preseason with a QB roster that won’t surprise us. QB Kirk Cousins is again the starting player with Sean Mannion and Kellen Mond being his backups. Cousins will most likely miss most of the preseason games, and the pressure will fall on his backups. Mannion played some part in last season’s games but couldn’t break through under Cousins’ shadow. Mond had just three snaps last season, but his potential is enormous, and he is expected to play a bigger role in the rotation this season.

The Raiders’ QB roster looks very solid. Derek Carr is the starter and might actually have an MVP-caliber season with the additions the Raiders made this offseason. For the backup role, we will see a battle between the rookie Chase Gerbers, the seasoned Chase Gerbers, and the promising Jarett Stidham. The O-line looks much better in training camp and if it is really effective this season, I’m sure we will see a much better season for Las Vegas.

The Raiders improved their roster this offseason, and the fans will be expecting improved performances because of that. The Vikings won’t use Cousins who is actually the guy who makes everything click on offense. We’ll most probably see a dominant Raiders side that is willing to outscore their opponents. 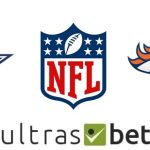