The Buffalo Bills are one of the big favorites this season to win the Super Bowl and start this season with an away game in Los Angeles. Nine starters on offense from last season return to the team. QB Josh Allen had an MVP-caliber season and would like to build on that again. The Bills also signed the slot receiver Jamison Crowder who is expected to bring depth to the offensive roster. On defense, Buffalo became even better by signing LB Von Miller.

The Los Angeles Rams have a challenging task. Not only does everyone want to crush them this season, but the Rams also have many problems. LT Andrew Whitworth, who played a big part in last year’s success, has retired during the offseason. WR Robert Woods now plays for Tennessee. Matt Stafford is questionable for the first game of the season against Buffalo as he is dealing with an elbow injury.

There is always a championship hangover effect for all teams that won the Super Bowl the previous year. The Bills have one of the best defenses in the NFL and should be able to make key stops against the Rams. Conversely, with Josh Allen and Stefon Diggs, Buffalo should have enough power to outscore their opponents. 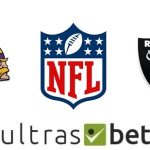 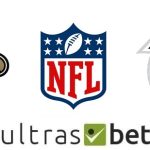