The New Orleans Saints finished 9-8 last season and are hoping for a better record in 2022. QB Jameis Winston will be the starter, and he showed some promising signs last year. When coached correctly, he can be a dangerous QB. The Saints’ coaching staff minimized the mistakes he can make, and Winston finished the season with just 3 interceptions while throwing for less than 60%. RB Alvin Kamara is healthy and should provide the backfield punch New Orleans needs.

The Atlanta Falcons are in full rebuild mode. They lost QB Matt Ryan in the offseason and will start Marcus Mariota in 2022. RB Cordarrelle Peterson was dangerous last season, but he is the only quality piece the Falcons have on offense along with TE Kyle Pitts. The receiving core is being led by rookie Drake London who is nowhere near a WR1 option in his first year in the league but will play this role in Atlanta. Atlanta spent most of its draft picks on defensive pieces, so we can expect some improvement there.

We still haven’t seen this updated Falcons roster in play, but it is fair to say that they’ve prepared themselves for tanking. Next year’s draft is loaded with promising QBs, and there is no reason to believe that Atlanta won’t start the season with a big loss. 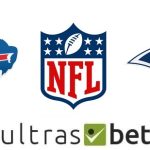 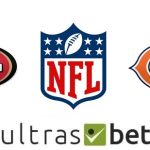