Utah State will play against Nevada in Week 10 of NCAA Football on Thursday.

Utah State is 0-2 after two devastating losses. Boise State ran through them on week 1 while San Diego Aztecs did the same in week 2. The defense allowed an average of 40 points during this two-game span and the offense scored just 10 points per game. QB Jason Shelley was a shell of himself, completing just 56% of the throws for 180 yards, 1 touchdown, and 2 interceptions.

The Nevada Wolf Pack are on the opposite side of the table. They are 2-0 and enjoying their football after beating Wyoming and UNLV. The team is ranked 21st in points scored with 37 per game while the defense is allowing 26.5 points per game. The passing game is ranked 2nd in the country with 385 passing yards per game. They are being led by QB Carson Strong who is completing 75.9% of his passes for 770 yards, 6 touchdowns, and 0 interceptions.

This does not look like a contested matchup at all. Nevada is the big favorite for a reason and the Wolf Pack will exploit the defensive vulnerabilities Utah State has. 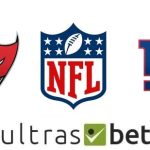