The Tampa Bay Buccaneers are 5-2 after losing only to Saints and Bears so far. They had trouble against a good defense as Chicago’s but it is also true that the Bears had a good offensive game with Nick Foles going for over 240 passing yards. As a whole, Tampa Bay is averaging 31.7 points per game which is ranked 2nd in the league while allowing just 20.3 points per game which is the 8th best in the league.

The New York Giants are 1-6 after beating Washington. However, they’ve lost to Pittsburgh, Chicago, San Francisco, Los Angeles Rams, Dallas, and Philadelphia. What is very interesting about New York is that they are very competitive in all of the games they’re playing. They’re rarely losing by more than 3 points and this is impressive. The defense is doing a pretty good job of keeping them in the games but much more is expected from QB Daniel Jones who is leading the 31st best offense in the league and he is completing 62% of his throws for 1410 yards, 5 touchdowns, and 7 interceptions.

New York’s offense is very limited and Tampa’s defense could limit them even further. I expect them to run over the Giants who are on the verge of losing by a lot every week but still managing to keep themselves out of shootouts. 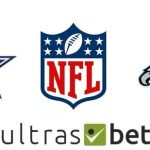 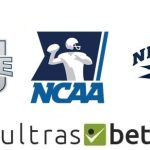