In NCAA Football Week 1, we will see UCLA Bruins at Cincinnati Bearcats.

The UCLA Bruins had just 3 wins last season and they will certainly be looking to improve on that. Chip Kelly has high expectations for this year as he will have 19 starters return to his team. The Bruins were abysmal on the road last year, losing 4 of their last 5 games. The quarterback situation will certainly be improved because Dorian Thompson-Robinson will play his second year while running back Joshua Kelly also returns from a great season with 1200 rushing yards and 12 touchdowns.

The Cincinnati Bearcats are coming off an 11-win season which was the second-best season in the school’s history. The team hasn’t lost a home game since 2017 but it is fair to say that they haven’t also met a good side since then as well. Desmond Ridder remains at quarterback after throwing for 2,445 yards and 20 touchdowns last season. Defensively, the team was 11th in yards allowed per game.

The UCLA Bruins will certainly have an improved season after getting all these starters back, however, the defense is suspect and the team will start on the road. Cincinnati has the potential to beat the struggling Bruins due to the above-mentioned issues they have. 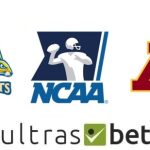 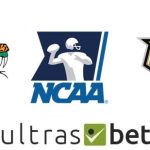