In NCAA Football Week 1, we will see Florida A&M Rattlers at UCF Knights.

The Florida A&M Rattlers had 6 wins and 5 losses last year but at one point of the season, they were 6-2. The team lost some key players on defense and the offensive line will be full of freshmen and sophomores who were red-shirted last year. QB Ryan Stanley has the club heading in the right direction after throwing for 2519 yards and 17 touchdowns.

The UCF Knights played very well last year before they suffered a loss to the LSU Tigers. The team hasn’t lost a home game since December 2016 and this is also not going to happen in this match as well. Greg McCrae, Adrian Killins, Gabriel Davis, and Tre Nixon are key players to this team’s success and they all return. The defense is there to produce this season and the quarterback situation looks really good with two equally good players such as Darriel Mack and Brandon Wimbush.

The UCF Knights are clearly the better team, however, 47.5 points are too much to ask for at the beginning of the season. Please, also note that the Rattlers will put at least some points on the board which will mean that the Knights will have to score 60 and I do not see that happening. 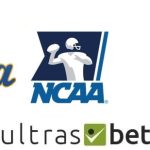 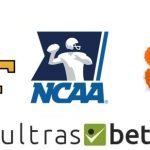